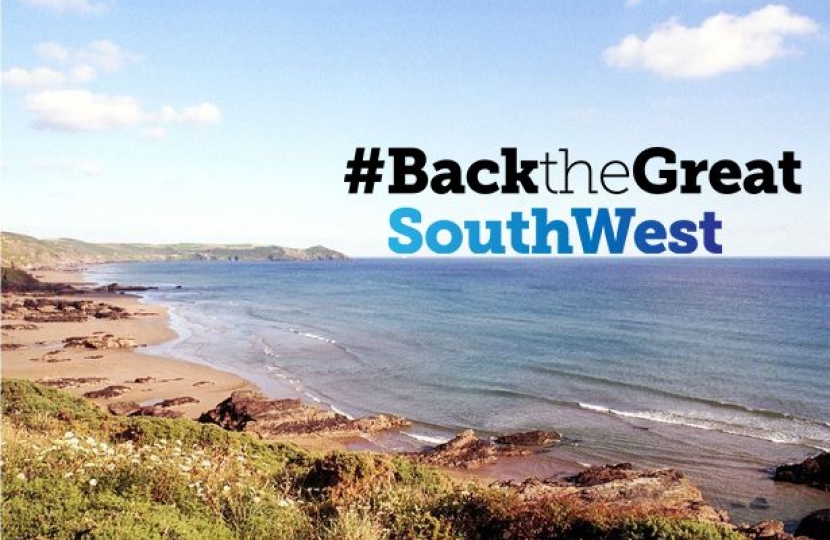 The unexpected success of many Conservative MPs elected in Northern seats is a threat and an opportunity for our region.

It is a threat if we see more than its fair share of infrastructure spending going to the North. It is an opportunity if government becomes less London-centric and starts to think more about the regions of our country and invest in them, rather than perpetually favouring London and the South East.

Our region is a deeply wonderful place to live with an exceptional natural environment and access to work, rest and play second to none. However, like other regions in the UK we have seen many years of under investment by governments of all colours. It is time to change that and a fresh regional focus affords us the opportunity. We must seize it.

One of the problems we have faced is defining our region: is it the seven counties of the south west including Wiltshire, Avon and Gloucestershire? Is it just Devon and Cornwall? Who are we?

The second challenge has been deciding amongst ourselves what our priorities are. Too often we have presented a disunited and incoherent approach to Whitehall and got short shrift as a result.

This week the Great South West campaign, backed by our local authorities and businesses, and championed wonderfully by the Western Morning News, has been relaunched. This is vitally important.

First of all, we have now settled that our region is the four counties of Cornwall, Devon, Somerset and Dorset. This does not include the Bristol, Bath or Swindon areas which were not interested in joining with us. Secondly the Local Enterprise Partnerships covering our four counties, backed by our biggest councils and the business community, have thrashed out together a new prospectus identifying our priorities and asks with great clarity. This is not just about our transport and connectivity infrastructure, but every sector in which we need to create jobs and wealth.

At meetings in Westminster this week a plan how to presentthis exciting prospectus to government has been agreed. Shortly we will be setting up again the All Party Group of regional MPs (which I co-chair with Labour MP Ben Bradshaw) to get behind this agenda and lobby like mad.

In my 27 years as an MP this is the best placed we have yetbeen to attract additional investment. Taking this forward will be a huge focus for me over the next few years

The Great South West partnership has launched an ambitious prospectus for growth, Securing Our Future, that will support the Government’s levelling-up policy by delivering a massive £45 billion boost and 70% increase in the regional economy and creating 190,000 new jobs by 2035.