Continuing the fight for Fair Funding for local schools 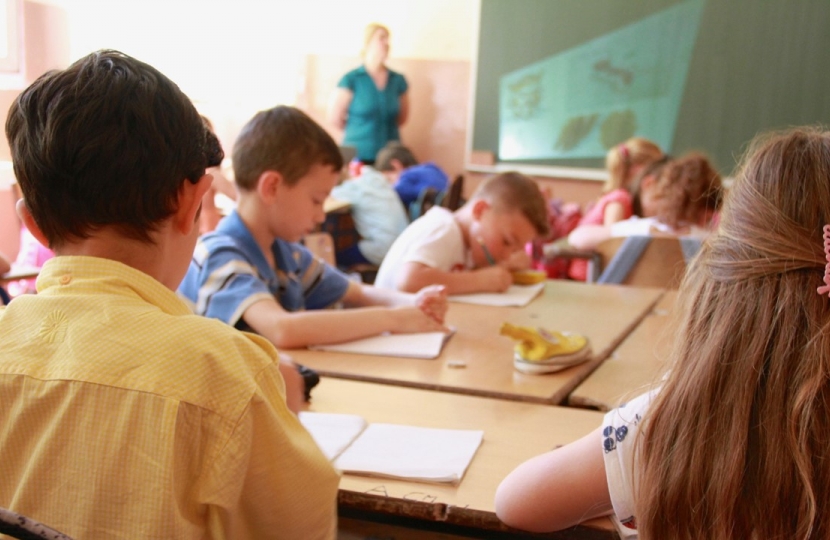 More than 80 cross-party MPs have written to Chancellor Philip Hammond urging him to increase school and special needs funding before permanent damage is done to the education of children across England.

MPs Gary Streeter (Cons), Laura Smith (Lab) and Layla Moran (Lib Dem), who are all vice chairs of the f40 education fair funding campaign group, have been joined by a host of fellow Members of Parliament in asking the Chancellor to invest more cash into education and to make the National Funding Formula fairer.

In a letter to Mr Hammond, the MPs – many of whom represent the lowest-funded local education authorities – said the f40 campaign group sought fairness and equal opportunities in education for children, regardless of where they lived.

At present, some schools receive as much as £3,000 less per child a year than other schools – which would amount to almost £1m a year less for a school with 330 students –  leaving them struggling to meet the curriculum and provide the teaching support required.

Some schools are even closing on Friday afternoons, to give teachers the preparation and planning time required, because they cannot afford to pay for an additional teacher to cover those sessions.

The MPs have urged the Chancellor to consider in this year’s Comprehensive Spending Review:

The letter states: “The f40 group continues to have fundamental concerns about the new formula. We believe the Government has replaced one unfair system with another, as some of the historic unfairness has been locked into the new formula.

“We are concerned that the formula does not give enough basic entitlement to schools and allows too much for add-ons, enabling big differences in funding to occur between different local authorities and schools.”

They also said they had grave concerns about a lack of funding in schools and the growing crisis in the High Needs sector, with many schools and local authorities reporting huge deficits in funding for children with special educational needs.

Mr Streeter said: “Schools are being asked to take on more and more work that traditionally was undertaken elsewhere, such as youth work, parental support and mental health.

“Schools need to be suitably funded and trained for this work. In real terms, funding has not kept pace with costs and demands and, as a result, schools are finding it extremely difficult to meet basic expectations.”

Headteachers have also spoken out and urged the Government to make the National Funding Formula fairer, and to increase the per pupil allocation.

Martin Casserley, Headteacher of Black Firs Primary School in Cheshire, said increases to third party payments, such as national insurance and teacher pay rises above the expected 1%, had caused the school’s salary bill to rise by £45,000 last year.

“It’s not going to be long before a school goes bankrupt,” he said.

“The National Funding Formula was supposed to be equitable, but it will never be equitable. Children need extra funding for deprivation, I get that, but what has deprivation got to do with special needs? If I have a child with Down Syndrome, whether that child is here in Cheshire, Nottinghamshire, London or Cornwall, the needs of that child are the same.”