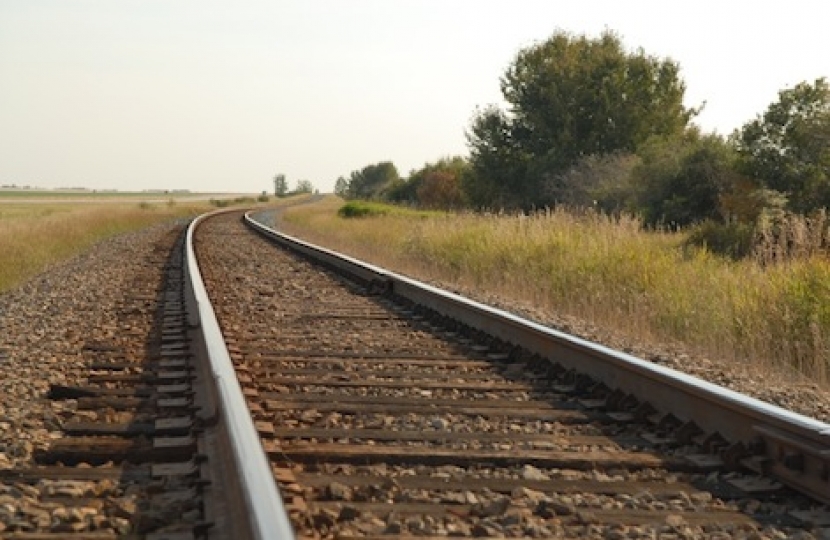 Rail Minister Paul Maynard has confirmed that the South West Peninsula is a priority for future Government investment in rail.

The Minister said that from the Secretary of State Chris Grayling down, the Department for Transport viewed the Peninsula as "a priority". "We're clear why you matter" he said.

Mr Maynard told the Task Force delegation that the findings within "Closing the Gap" were "compelling" and "very much in line with our thinking".

"The Minister's assurances of commitment at the highest level of Government for the vital improvement of the rail links into the South West are essential.

"Without their support and financial investment, we will continue to be the poor relation to the rest of the UK in terms of rail travel and connection to London and the North of England.

"I am delighted to hear that the 'Closing the Gap' report published by the Peninsula Rail Task Force is in line with the thinking at the Department for Transport and look forward to working with the Government as we take this momentous project forward."

The Minister's comments were also welcomed by the Task Force Chairman, Councillor Andrew Leadbetter, who led the delegation.

Cllr Leadbetter said: "The Minister's response was very encouraging and a clear indication that the Government is taking the Task Force's recommendations for future investment very seriously.

"It was a positive discussion and I am grateful for the support of MPs Oliver Colvile and Gary Streeter at the meeting. Our discussion included crucial resilience improvements at Dawlish, Teignmouth and Cowley, improving services to Plymouth, the case for re-opening services to Okehampton and Tavistock and the need for an enhanced diversionary route between Castle Cary and Yeovil Junction in times of flooding on the Levels. We will also receive an update later this week from Network Rail on progress with their resilience improvement works, and the Task Force is pursuing possible improvements in the short term with the rail operators.

"The Department for Transport is currently taking rail industry advice on potential investment plans for Control Period 6 which will run from 2019-2024. This is a critical period for our region when we need to see significant investment to drive forward major improvements in our rail services.

"The Minister was hopeful that decisions would be announced later this year as part of a national investment programme. He did say that he saw no reason why the Task Force should be anything other than optimistic about the outcome.

"What that outcome is remains to be seen, but supported by Peninsula MPs we will continue to keep up the pressure on Government to deliver the vital investment that our region's rail network needs."