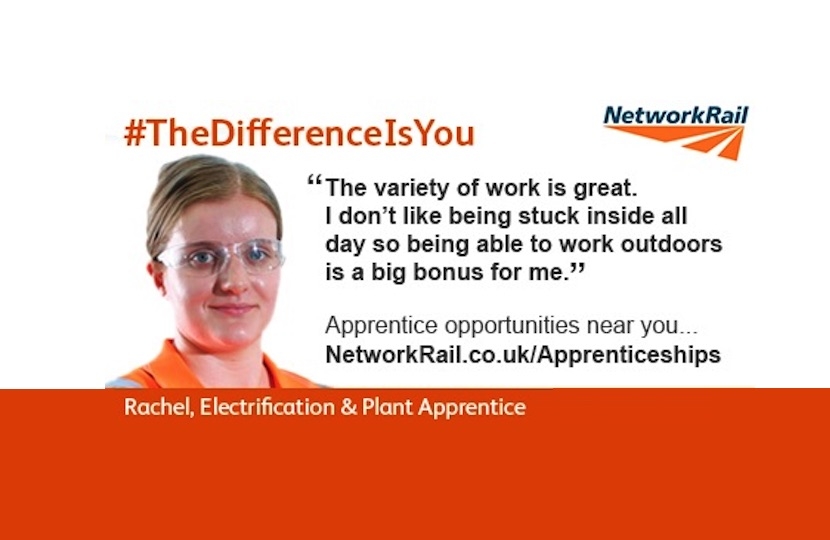 Are you interested in completing a local apprenticeship with a national company?

Network Rail is currently recruiting for their next group of apprentices to join them in September 2017. And they still have a number of vacancies, including some to work specifically in Plympton.

By applying to join this apprenticeship scheme, you're applying to join a national company who not only employ a large number of people in and around Plymouth and South West Devon, but also operate across the country.

Please note that the application deadline for this round of apprenticeships is Monday 27 February 2017, but there will be further rounds launched in the coming months. If this opportunity takes your fancy, keep an eye out on the website above for further opportunities.

• In the last ten years, Network Rail have trained more than 2,000 apprentices.

• Of these 2000, more than four in five (83%) of those who started on their apprenticeship scheme a decade ago are still working for Network Rail today.

• Network Rail's Advanced Apprenticeship Scheme is open to anyone who will be aged 18 by 1 September 2017. There is no upper age limit.