Migrants and the English Channel 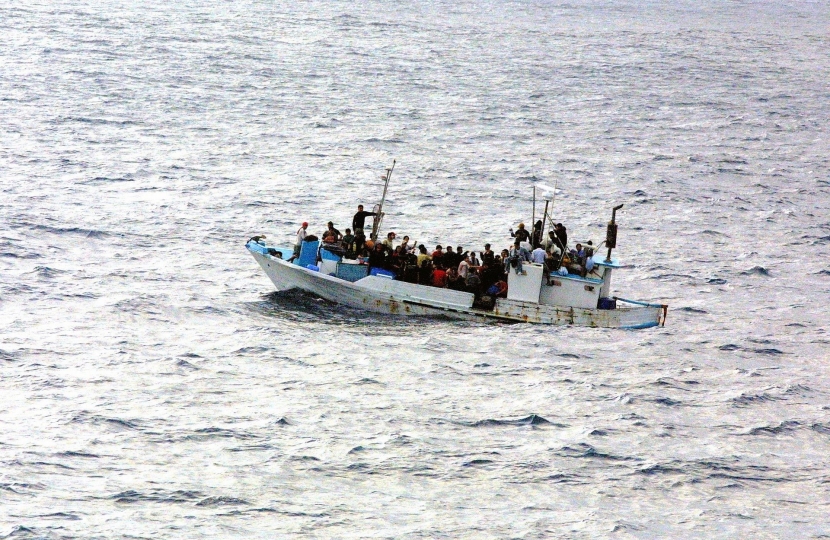 I am getting a lot of emails about the number of migrants crossing the channel in small boats to enter the United Kingdom. I understand that this is a cause of great concern to many, but from the ill-informed nature of many of my emails I think it might help if I set out the facts and introduced some balance.

All European countries have in the last few years been challenged by the number of people who have tried to make their way from troubled parts of the world, mainly the Middle East, Gulf region and North Africa to seek asylum in Europe. Some of them are fleeing conflict, many of them are simply seeking a better life for themselves and their families. While poverty and conflict remain high in those regions, and people can see on the internet how much better life is for us, this challenge will continue. Many of them scrape together their life savings to pay traffickers to get them across the waters and into Europe. They are desperate.

Many constituents appear to think that the UK is getting more asylum seekers than any other country, that we are a “soft touch”. You can see from these numbers that this is simply not the case.

Since the beginning of the year, it is reckoned that about 5,000 small boats have tried to make their way across the channel to the UK carrying various numbers of would-be migrants. The Home Office tell us that 98% of them have sought asylum here and that of those so far processed 81% have been refused. 20% have been granted and they will be welcomed here, as they should be.

We are trying to strike a deal with the French government to ease the problem, but you can imagine what public opinion is like in France on this issue. It is impossible to stop these boats once they are on the water. If they were enemies coming to invade us, the Royal Navy would blow them out of the water. But they are not. Although some appear to want us to sink their boats, these desperate people must be treated humanely – apprehended and processed. While they are being processed, they are housed in processing centres of different descriptions, and looked after as happens throughout Europe.

I hope this helps to get this complex issue into some perspective.

I freely admit that the government have made a Horlicks over the handling of the debate last week over free school meals, following which all Conservative MPs have skilfully been made out to be monsters by the Labour Party and many on social media.