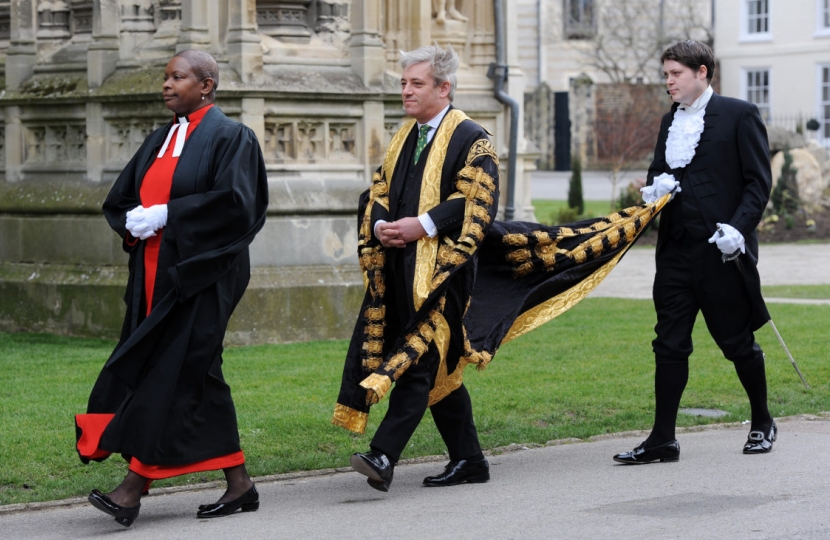 When I was first elected to Parliament the Speaker was Betty Boothroyd, who oversaw our proceedings with scrupulous impartiality and just a touch of glamour. Brilliant. Then we had Michael Martin who had the whiff of the old school shop steward about him, followed by the enigmatic and charismaticJohn Bercow.

Speaker Bercow has done many good things and helped the House of Commons to modernise as it regularly must, especially to accommodate more female MPs at Westminster, which has made an important difference. He has a remarkable memory and recalls the constituency name, majority and often birthday of every member. He also has an extraordinary bladder, staying in the chair without a break for up to nine hours at a time, not trusting any of his deputies to oversee debates about Brexit.

Unfortunately, many of his fine achievements are likely to be overshadowed by two things: the first his stated opposition to Britain leaving the EU. He should have remained impartial, irrespective of personal feelings. The second, the continual accusations of bullying staff who cannot answer back, a history that might yet come back to haunt him, even after he has departed the chair.

But many will consider him a notable Speaker with much credit to his name. Now he has announced he is stepping down, on or before 31st October 2019.

Our Parliament will therefore shortly have a new Speaker. Everything else is up in the air at the moment – so why not this?

There are so far six runners and riders, three from each of the main parties, Harriet Harman perhaps the best known. Some of my colleagues thought I should put my hat in the ring, as I seem pretty good at chairing committee meetings, but it is not for me. Although some people think there is a convention of swapping from one main party to the other, in fact no such convention exists, so the successful candidate could come from anywhere.

I will support someone who will be strictly impartial and who understands that a good referee should not be the star attraction. I am minded to vote for Labour MP Lindsay Hoyle who has been a deputy speaker for at least ten years. I believe he would be a champion of back-benchers without gratuitously picking a fight with the government. He is decent, experienced and scrupulously fair.

The end of October is likely to be an exciting moment in British political history!