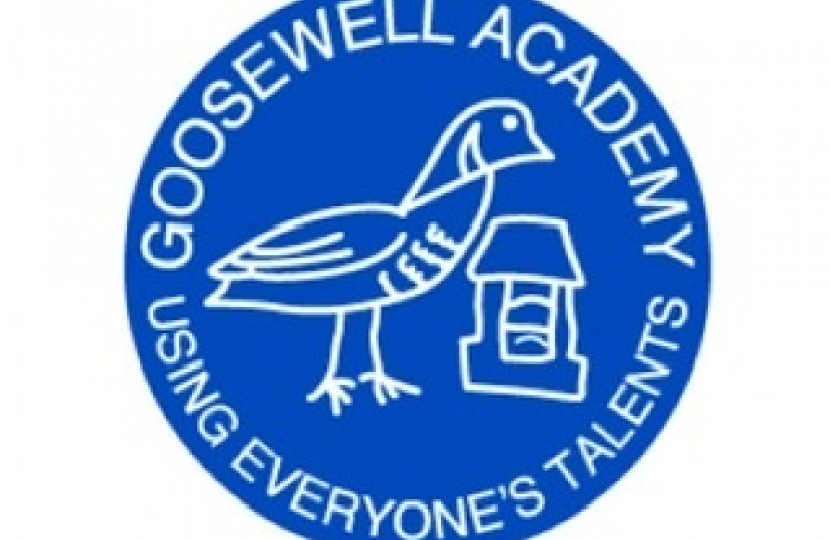 Our children are generally well served by our 5 secondary and 28 primary schools in South West Devon. I always enjoy my school visits. The extra cash being put in by the government next year will add to that success and I am delighted that this constituency is to receive the largest increase in the whole country.

I was concerned to read reports in the local paper that Goosewell School, one of the largest primary schools in this region, was apparently letting a number of teaching assistants go. I had previously received e-mails from some members of staff and former members alarmed at the changes being made there by the new head.

It was time to investigate. I went with an open mind.

I was met in reception by the new head James Gentile and within minutes had formed a positive impression of a dynamic leader. That first impression increased over the hour-and-a-half visit. This is a school that is going places.

Although a friendly school, the results of Goosewell have not been good enough over recent years. In an area that could hardly be described as deprived (only 13% pupil premium, the current measuring stick) the results were well below national average. In 2017/18 academic year, only 43% of year 6 pupils hit national standards, meaning 57% of pupils went on to secondary school without the proper foundations in place.

The new head has come in with a determination to put that right and already we are seeing positive results. With an energetic new leadership team in place and many changes made throughout the school, we can expect to see results first of all mirroring national standards and then, I am sure, exceeding them.

There is no more finger-on-the-pulse information network than middle class parents. Many in Plymstock have looked online at Goosewell’s recent results and chosen elsewhere. That is why pupil numbers have fallen and with that the school’s income requiring the temporary changes reported in the local paper.

But the underlying narrative is very different. This is a school on the up. I anticipate that results over the next few years will blossom, without losing any of the warm and nurturing atmosphere in the school. If I was a parent of a child in Plymstock I would be ear-marking Goosewell as a place to consider.

Plymstock is well served by primary schools. A resurgent Goosewell will add another excellent layer of choice for local families.