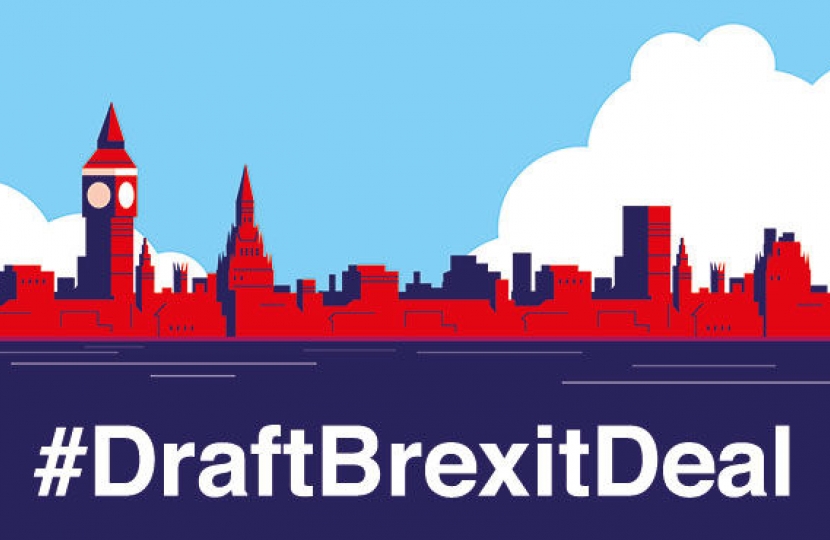 Within a couple of weeks or so, Parliament will have to make a final decision on the results of the Brexit negotiations. The two years notice to quit expires on 29th March 2019 so that unless something else happens, we will be leaving the EU then. The final deal has to be ratified by our Parliament, the EU Parliament and every member state, so unless it is agreed soon, we will have run out of time.

As your elected representative I get one vote on the final deal. You are entitled to know how I intend to use it.

My thinking is as follows:

i) The British people voted to leave, so we must leave. We said we would honour the decision, so we must.

ii) I am very keen that we should have an orderly Brexit, so that the impact on our economy is little or none. It is commonly accepted that a no-deal departure would mean economic disruption, although the length and scale of it is unknowable. Accordingly, from what I know of the agreed position so far, I am very likely to support the final deal, but I will read the final document carefully before deciding.

iii) I do not currently consider a second referendum at this stage necessary. Any debate surrounding it would be as ill-informed and ugly as the last. I do not detect from my post-bag any material shifting in support for or against Brexit. Most people seem to want us to just get on with it, but to do it sensibly.

It is quite possible that Parliament will reject the negotiated deal, which would usher in a period of constitutional chaos and confusion, with confidence motions becoming the norm! I suspect it will then boil down to two choices: to leave with no deal (which businesses in my constituency do not want) or for Parliament to decide that we should have a second referendum. At that referendum, I imagine the question would be: do you wish to leave the EU with no deal or remain in the EU?

The crisis could be accompanied by any or all of the following: a change of leader/PM, a general election and a political re-alignment. In other words epoch-changing events.

The upcoming vote has a great deal hanging on it. All MPs should treat it as a conscience vote and vote in the national interest. That is what I certainly intend to do.