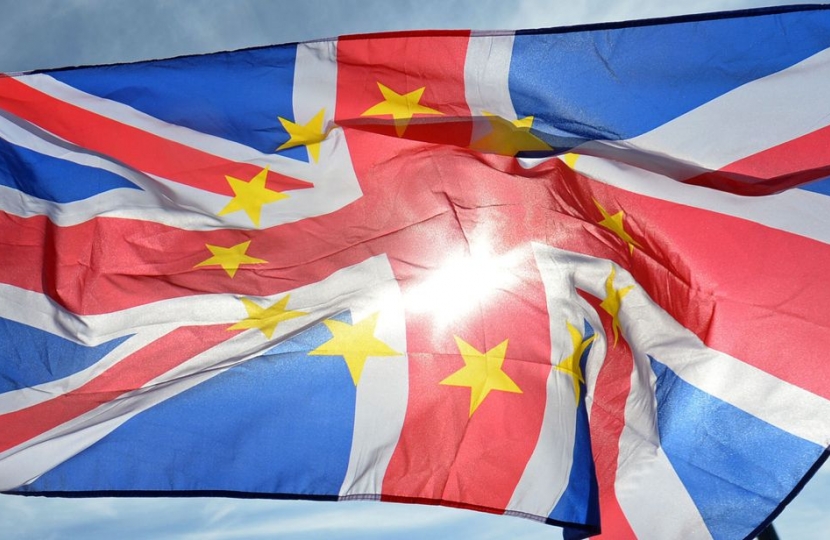 Thank you to all 450+ of you who have e-mailed me about Brexit in the past 2 months. This means of course that roughly 99.3% have not contacted me, but I recognise that they expressed their view in the ballot box on June 2016. I intend to honour that decision.

Opinion among recent e-mailers appears evenly divided amongst those who think the PM’s deal is a betrayal and who want to leave with no-deal, and those who want a second referendum (so they can vote remain). The problem that has characterised this debate from the very beginning is that neither side can see the other’s point of view.

We are now approaching the moment of decision, when the House of Commons votes on 12th December.

I will be voting for the deal and I will not be changing my mind.

My reasons for voting for the deal are:

(i) It provides a complete Brexit. We leave the single market and customs union, CFP and CAP, the political institutions and jurisdiction of the ECJ, all by December 2020.

(ii) Opposition largely centres on the backstop proposals, which only become relevant if we have not completed a new trading agreement by December 2020. Thelikelihood of this ever happening is minimal, as there are two other options (technology and extending the implementation period). In my judgement the risks to our economy and politics of not supporting the deal are higher than any problems associated with a possible backstop.

(iii) The alternatives to this deal are not attractive. I do not want a second referendum as the debate around it would be just as divisive as the first and a narrow majority one way or the other would not settle this matter. If remain were to win 51/49 would that make the problem disappear? Of course not. Nor do I want a no-deal Brexit which would deliver disruption to our economy of unknown proportions.

(iiii) It is almost inconceivable that any better deal could be negotiated. This is it, it is make-your-mind-up time and I have made my decision.

If the House rejects the deal, as seems likely at the moment, we are in uncharted territory, constitutional chaos and crisis. Probably the most likely outcome would be a second referendum, on whether to support this deal or remain. The ultimate irony of British politics is that Brexit might be de-railed by the very people who wanted it most! Strange world.