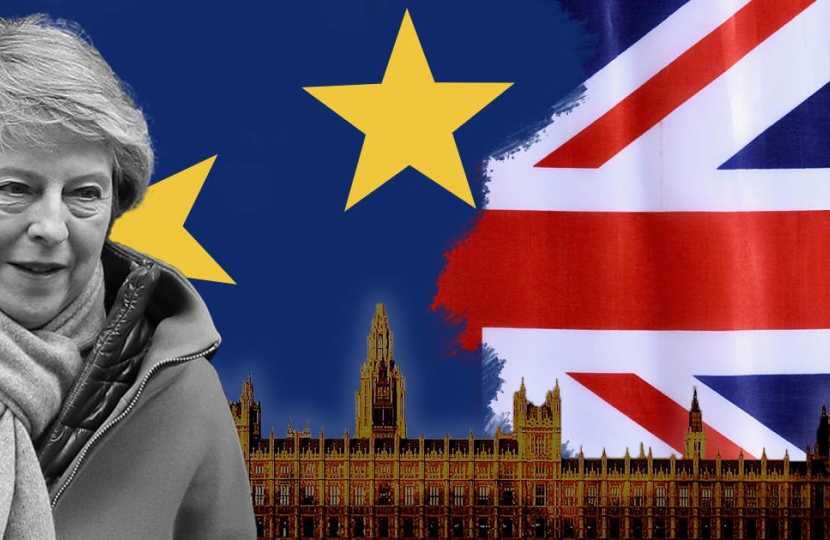 It is not pleasant to be on the losing side, especially when the defeat is an historic one. So it was for me on Tuesday night. The Withdrawal Agreement was heavily defeated by all opposition parties and over one hundred Conservative MPs voting against it.

We now need to find a new way forward, one that can command a majority in the Commons. It will not be easy.

Some want a second referendum, but most of us think that would be even further divisive and not decisive.

The PM has promised to listen to all voices and bring back some new thoughts to the Commons next week. However, there is little hope that the deep divides over this issue can be bridged. It is hard to see common cause with the Labour Partywhich want us to stay in the Customs Union, which, although it would help solve the Northern Ireland border problem, would mean that the UK was not free to enter into independent trade deals. This would undermine a major plank of the claimed advantages of leaving the EU.

I am not holding my breath that the next few days will bring forward a new plan.

It is clear however, that simply tweaking the negotiated Withdrawal Agreement is not going to be sufficient, even if the EU were to agree.

A cross-party group of MPs have come up with a plan to change the law so that if the PM cannot get the Deal through the Commons by 11the February, two things will happen: (i) Article 50 (the two year notice to quit we served on the EU)will be extended so that it expires on 31st December 2019, and (ii) the cross-party committee made up of select Committee chairs will be asked to thrash out a new Brexit plan! This is radical stuff which I gather we will be debating next week.

I am not sure that any government can simply stand by and watch Parliament take over in this way. I do not believe it has ever happened before in history.

So where will we end up on this? Nobody knows. Could be a general election in the spring. This unpleasant, divisive, mind-numbing drama is set to run.