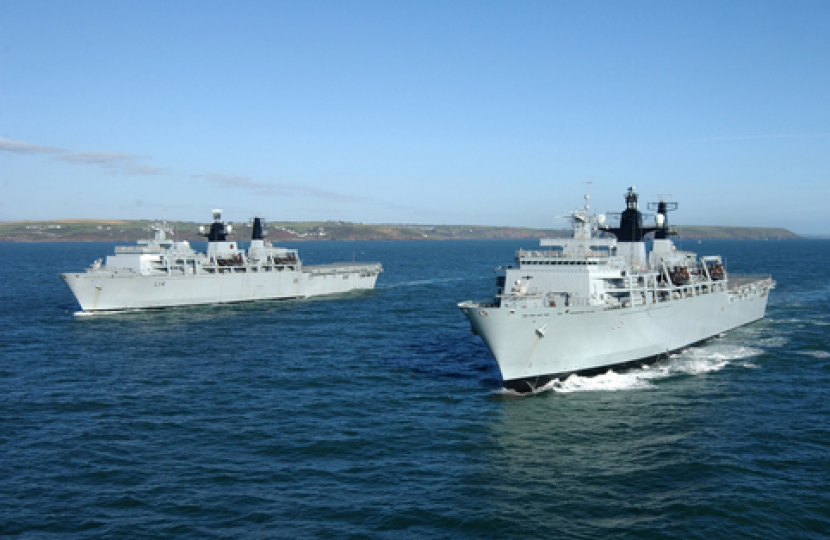 If we just focussed on the B word and the absolute muddle that surrounds it, we could be forgiven for thinking that our country is descending into chaos. In fact very positive news continues to surround us, oft ignored.

The most important news is surely the remarkable success of our economy over the past two years. Unemployment nationally is 4.7% and in Plymouth, which often exceeds the national figure, it is an encouraging 3.5%, virtually full employment. In my own constituency, unemployment hovers around 1%. Many employers report difficulty in recruiting staff who show the right determination to work. It is hard to build a successful life without meaningful employment, so this positive picture is hugely encouraging.

I received an encouraging briefing from the commander of HM Naval Base and Dockyard on Friday.. The base remains the engine room of our regional economy and is experiencing a period of full order books and a flourishing future. The decision announced by the government just before Christmas to base-port the new frigates at Devonport has given a long term guarantee for the base. I learned about very significant investment about to be made in the infrastructure of the yard, by both the MOD and Babcock that will in itself boost the local economy and create more high paid jobs.

I don’t often write about higher education, and when I do it tends to be the University of Plymouth, which is a great success story.  On Friday I was briefed by the Vice Chancellor of Marjon, which has had full university status since 2012. The university has had a great year and is bucking the trend. At a time when the number of eighteen year olds is falling (the number increases again from 2021) Marjon has seen a real boost in its numbers and is rapidly climbing the league tables for student experience and post-graduate employment. A little gem on our doorstep.

Add to that the NHS ten-year plan and the news of the biggest increase in NHS investment for 60 years; the recent confirmation that our region will remain the centre for the Royal Marines; the success of so many small and medium enterprises in Plymouth and we are living at a time when many things are going well.

What a pity then that this sense of wellbeing and stability has been snatched away by the absurdities of Brexit. If we can get this sorted, the future looks bright.