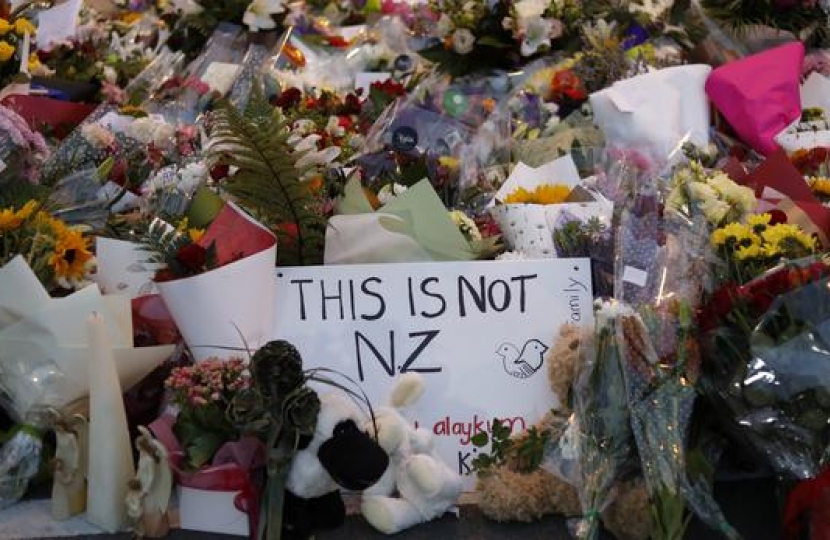 What lessons can we learn from that horrible atrocity in New Zealand?

First, that radicalisation and terrorism can take many forms, and that many people from different backgrounds are prone to it.

Second it would help to get our thinking straight on why such things happen. For me the Christian worldview summaries it the best: created in the image of God but fallen, therefore we can produce Mother Theresa and Adolf Hitler in the same generation. There is good and bad in all of us. That seminal work: the Lord of the Flies demonstrated that we are all capable of inhumane action in the right/wrong circumstances. Sociologists used to teach that if only we could improve education and life chances, we could rid the world of evil. Very few people think that now. We have to start with a proper understanding of human nature.

It is therefore incumbent on national and world leaders to bring out the best and suppress the worst in each one. In recent years our language (around the world) has not done this. We have been too casual with the language of hate, the blame game, pointing the finger. So for an Australian senator to blame the shootings on immigration policy is both absurd and dangerous. We have to do better.

Third, the internet is a brilliant invention, but it facilitates the cause of the extremist. Every week a constituent will send me something they have seen on the internet and angrily demand an explanation. Normally the explanation is that what they have sent me is complete bunkum, but I suspect they rarely believe me. People tweet away in anonymity cursing others with impunity. The internet fuels the fear in vulnerable people. It spreads the message of radicalisation. It creates division. We have to regulate it better and close down those sites that spread bigotry and hatred.

Finally, some countries simply have to tackle the ease of access to automatic weapons. We all know about the USA, but I was surprised to see that New Zealand also has very relaxed gun ownership laws. If the New Zealand terrorist had gone berserk with a knife, many might still have been killed or injured – but the power of his arsenal catapulted this into such an appalling massacre.

We will never eradicate all acts of terrorism, but with better leadership, more regulation of the internet and sensible gun laws we can move some way towards it.