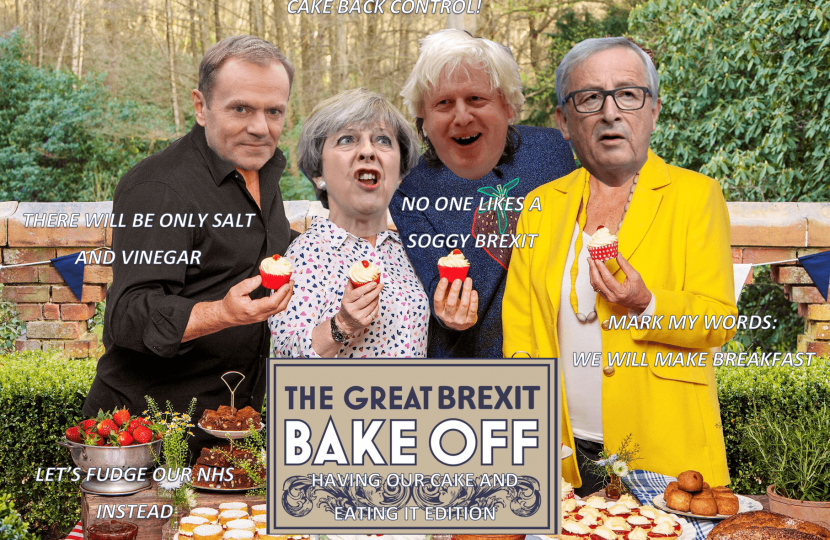 It is something of a minor miracle that despite all of the uncertainty generated by the Great Brexit Bake Off, the British economy continues to grow. I don’t think anybody really knows why!

Unemployment continues to fall to historically low levels. In my constituency we have 1.4% of the population seeking work, which equates to full employment. Many employers report difficulty in finding people of the right skill set. Even in deepest darkest Plymouth unemployment is less than 4% - historically low. Our country remains the most attractive destination for foreign inward investment and we are at the cutting edge of new technologies including artificial intelligence and robotics.

Some sectors are not doing so well. The property sector has been plateauing at best and naturally sectors that depend upon people moving house – like kitchen and bathroom retailers have also felt the squeeze. The car industry is also struggling (across Europe) as the switch from diesel confuses the punter and we move towards electric cars in the longer term.

We seem to be defying the laws of economic gravity despite current uncertainty. But uncertainty is a slow killer of confidence. Several local businesses have reported to me that more and more investment decisions are being shelved until we know where we are going on Brexit. They are especially fearful of the disruption of a no-deal exit. So far so good on the economy – but we should not assume it will last forever. Imagine if there was an economic recession at the same time as this deep political and constitutional crisis? We have tomove this forward.

We have a new date to settle this by 12th April. We are now down to three options: (i) the PM’s deal (which honours the 2016 vote without crashing the economy), (ii) a no-Deal Brexit (which has a Parliamentary majority against it of around 200) or (iii) an extended delay+ a Brexit reset involving…a new way forward (2nd referendum, Norway plus, General election, rescission of article 50 and just remain…take your pick).

If we do not resolve this matter by 12th April, we will have to take part in elections to the European Parliament for which the country is woefully under-prepared.

I do not believe Parliament will support a no-deal Brexit. So down to two realistic options: back the deal or get an extended delay, uncertain outcome plus EU elections.

Still some of my Brexiteer colleagues wont back the deal. Beggars belief!

NHS Covid-19 app launched in England and Wales to help control the spread of coronavirus.
App will alert people if they have come into contact with someone who later tests positive for coronavirus.