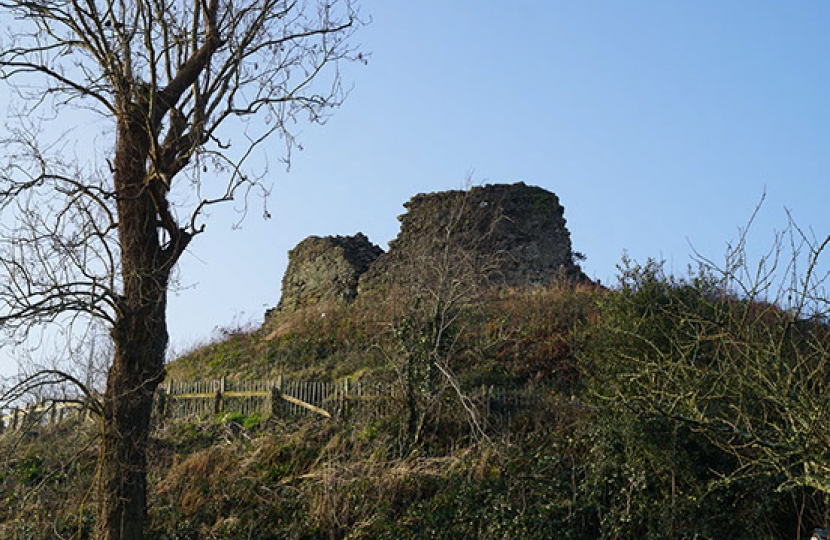 “While Plymouth was a fuzzy down, Plympton was a Borough town,” so goes the old saying underlining Plympton’s historic credentials compared to its much younger rival.

This coming Saturday, the community of Plympton will come together to celebrate its history as a stannary town, one of four in Devon. It was granted stannary status in 1328 having petitioned the then king Edward III. Stannary towns were permitted to make their own laws regarding the mining and processing of tin, which was a significant industry in Devon all those centuries ago. This was where tin was assessed by an assayer for its quality to determine the amount of tax then levied by the town on that mineral. The main purpose of the tin in those days was to make pewter from which plates, cups and other household items were made.

The stannary towns also had courts which met monthly and presided over cases involving tinners. One of my illustrious predecessors, Richard Strode, the MP for Plympton (he had 70 electors, compared to my 70,000!) in the 1530’s fell foul of these courts for introducing legislation in Parliament interfering with their right to mine tin along the Plym. He was fined £40 in each of the four courts and refused to pay, so was arrested and taken by horseback to Lydford Gaol. He spent three weeks there and his case prompted the introduction of Parliamentary Privilege which still exists today whereby an MP cannot be arrested for anything we say or do at Westminster in the course of our duties.

The Stannary towns went into decline after the Civil War in the 1640’s and the industry closed in the eighteenth century. A reminder that industries come and go, as technology and social habits change.

On Saturday night the Plympton Community Council will be celebrating these significant historic events at Harewood House. It is important that we continue to learn the lessons from history and keep our traditions alive.

Saturday also sees the Lamb Feast organised by the Plympton St. Maurice Civic Association, taking place in the impressive grounds of Plympton castle – another place of great historic significance. This is usually a very good day out, with plenty to do and see for all members of the family. This is similarly a tradition that dates back many years and is a great way of the community spending time together.

History remembered; the community coming together. Should be a fun weekend