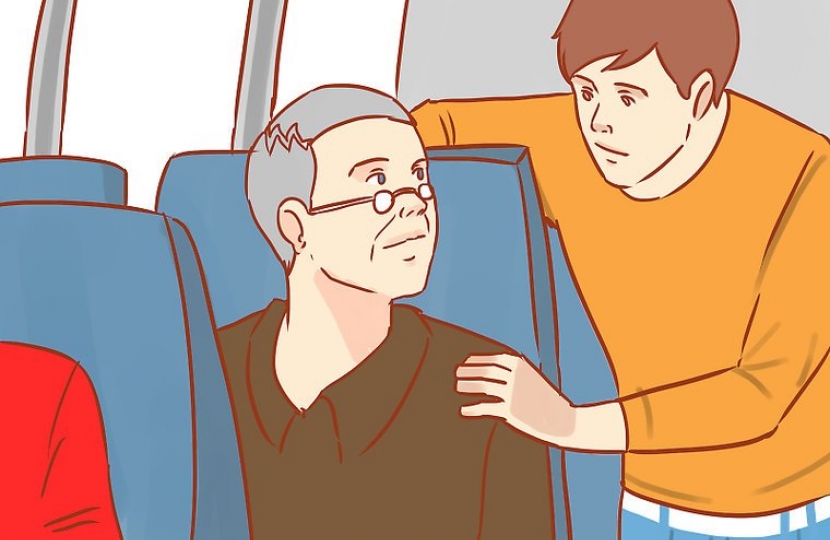 Sadly, the train I catch to London has experienced some difficulties in recent weeks and has been formed of 5 coaches rather than 10, resulting in severe over-crowding. This has meant me standing from Tiverton to Paddington on two occasions. No big deal, although I cannot catch up on my e-mails and do other stuff that I habitually do.

I hope it is just teething problems, because in the main the new trains are fabulous, more capacity, faster journey times and very comfortable.

My point today is not to harangue GWR about the rail service yet again, but to raise another issue that has arisen because ofseveral passengers having to stand. On both occasions there have been women, some of mature age, standing whilst seats are taken by men, some of them youngish and seemingly fit and well.

Speaking for myself, I could no more sit while a lady is having to stand in the aisle, clinging on for dear life, than fly in the air. Yet on both unpleasant journeys no gentleman offered his seat to the standing women. Not once.

I am pretty sure that 10 years ago, that would not have been the case and that old-fashioned gallantry would have been the order of the day.

This raises several questions in my mind. Should men still give up their seats for ladies? Is that something that has now slipped over the side with the strong progress on male female equality made in recent years? Do women still want or expect us to give up our seats? Am I just a relic from the past that should be consigned to history. I would be interested in your views.

I have experienced the reverse twice while on a crowded tube from Westminster to Paddington in recent months. On both occasions a young lady of Asian background has risen to offer me their seats! I respectfully declined but was in part horrified that I should look like an old duffer in need of a seat; and in part heartened by the wonderful courtesy on display.

Women now have their own successful football, rugby and cricket teams and are clawing their way, quite rightly, towards parity with us mere men.

Does this mean that chivalry should now die with it? From my recent experiences on the packed train, I would say such sentiments are now dead and buried. In my eyes, a sad passing. What do you think?