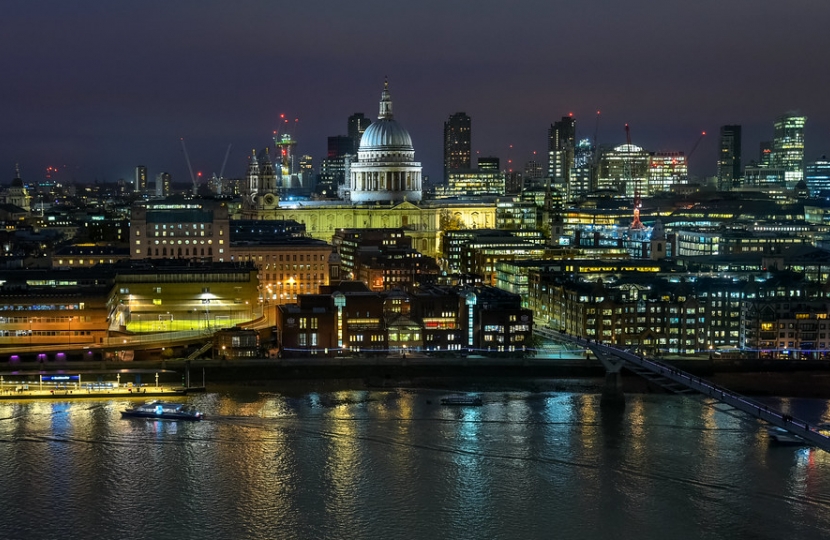 Unusually Jan and I spent last weekend in London, in part to visit our son’s new home in Croydon. As part of this we caught a train from a packed Victoria Train station and back again.

London is truly cosmopolitan, and it works very well. Throughout history in many countries there has been a chasm between the way of life in the capital city versus attitudes in the provinces. Late eighteenth century Paris comes to mind, where the radicals overthrew the monarchy, when most of rural France was still supportive. Or revolutionary Russia, a largely urban affair.

On the way down to Croydon we chatted to a charming pair of young men who hailed originally from the Far East. Here to study and work. On the way back to Victoria we met a delightful young Pakistani woman who was doing her mastersdegree here, as well as working at the same time and who wanted to pursue a career in fashion. She told us how much she loved the freedom we have in the UK. Her phone had run out of battery, but a gentleman, himself of Afro Caribbean extraction, on the next seat was able to give her some of his surplus charge – just like the TV advert.

All colours, all races, all ages mixing and living and working and loving together. Fabulous.

London boasts an astonishing level of multi-racialism, but in the main there is impressive integration at every generational level. People do not wander around in their own ethnicity groupings. I find this sight very encouraging. We read in the bible that we are all created in the image of God and of equal value, but if many of us examine our hearts it is not how we view the world. Maybe it is time we did.

Fears of immigration are much higher in areas of the UK where immigration hardly exists at all. People tend to be scared in the abstract, but when confronted with specifics, that alarm often melts away. There is a case for all provincial school children spending time in the capital to imbibe some of this essential experience.

There is no going back, no putting the genie back in the bottle. We have to build a Britain that celebrates our rich diversity. We can do this without diluting our precious freedoms or the values that have brought us so far. That is the key challenge of post-Brexit Britain.

NHS Covid-19 app launched in England and Wales to help control the spread of coronavirus.
App will alert people if they have come into contact with someone who later tests positive for coronavirus.