Significant progress made on rail improvements 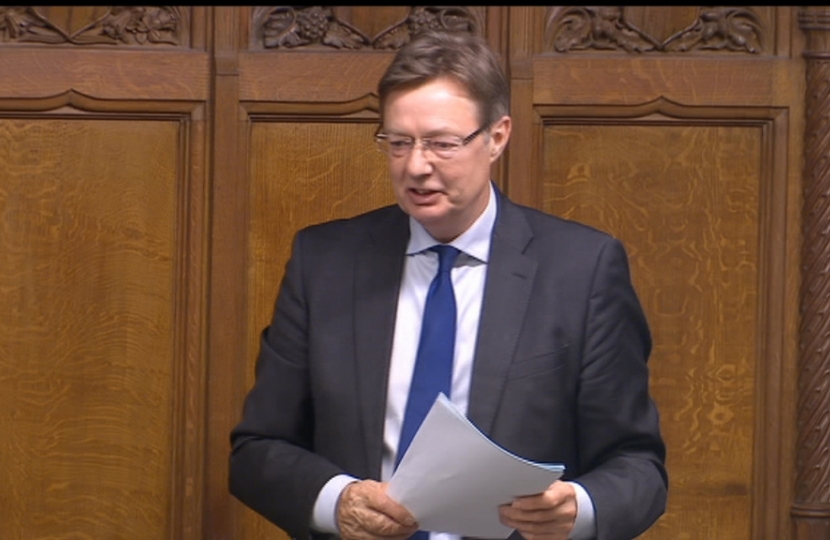 Today, I received a letter (copy attached below) from the Secretary of State for Transport where he has promised to respond to the Peninsula Rail Task Force (PRTF) report by the end of February. This long-awaited response is something which I have been pushing for since it was first delivered to the Rail Minister in November 2016.

There was a vote in Parliament earlier today vote on extending the high-speed rail link from Birmingham to Crewe. Fed up with how much the Government seems to want to spend on rail travel in the Midlands and North of England whilst not responding to the requests from the South West, Johnny Mercer and I decided it was time to take action.

Using a clever bit of Parliamentary procedure, I drafted what is called a reasoned amendment stating that the House should refuse a Second Reading to that High Speed Rail Bill unless 3 things happened, namely two projects that we have been long calling for and a response to the PRTF 20 year plan. We sent the motion to our South West Conservative colleagues who rowed in behind us, and to our whips (fellow MPs who are responsible for getting government business through the House). This wasn’t an empty threat.

One of the benefits of being an MP for the party in Government is that threats like this can lead to real and tangible results.

Following a conversation on Sunday evening with the Transport Secretary, Chris Grayling, I and six of my Conservative colleagues met with the Secretary of State and his officials on Monday for a full and frank discussion about the frustrations we have at the lack of action in delivering for the rail network in the South West. The meeting was tense but we stood our ground: we need to see more focus in our region. We reached agreement on our short term asks. Chris Grayling agreed to incorporate them into a letter before the Tuesday debate.

The letter arrived today, and whilst it doesn’t go quite as far as we were hoping, but it represents significant progress. The Government will respond in detail to the PRTF report by the end of February. The resilience works at Dawlish (with around £200 million of funding likely) is a priority and will be started as soon as possible. Work on speeding up the Devon track will be incorporated into the plans for 2018 or 2019. After discussing other improvements in our meeting, the Department agreed it had to do more.

We have laid down the gauntlet that we are not prepared for our rail network to be any less important than the rest of the country's. We are not simply the route to the nation’s holiday destination. We play a serious part in the UK’s productivity and having a resilient and reliable railway link to the rest of the country is absolutely vital if we want to continue in this and continue growing.

My colleagues and I will continue to hold the Government to short account on this and expect to see work begin very soon.