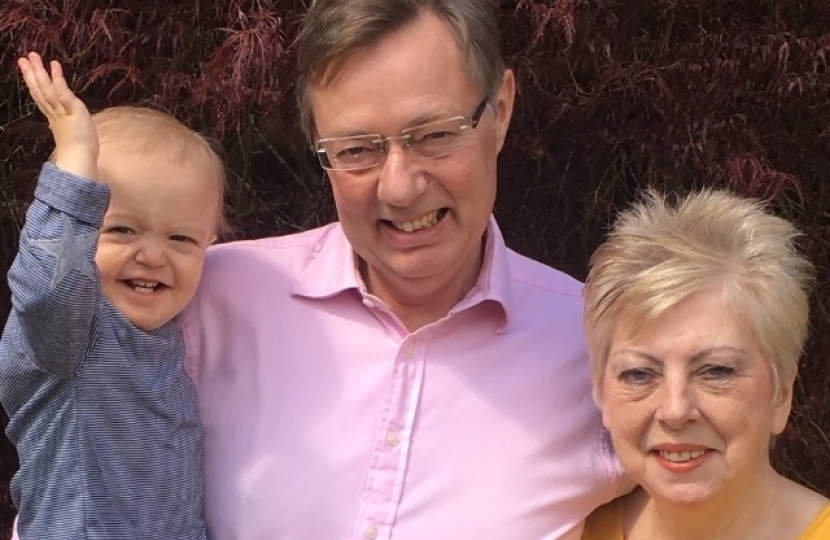 Gary and Jan have lived in this area since 1979 and have two grown up children both born in Plymouth and educated at local state schools. They are now blessed with four grandchildren, all of whom live locally.

Gary was brought up on a dairy farm in East Devon while Janet hails from the north (Barnstaple!). They live in the South Hams and are members of a Plympton church.

Before entering politics, Gary was a partner in a large local law firm and served on the Plymouth City Council for six years, two of them as chairman of housing.  He was first elected to Parliament in 1992 and has held several ministerial and front bench posts. Most recently he has chaired various committees in the House of Commons.

Jan has a lifelong love of horses. Gary’s passion for the countryside stems from his farming background. He spends four days a week at Westminster but describes Thursday as his favourite day, returning to his family and the region he loves.

Gary is delighted to have been re-elected to Parliament following the 2019 General Election. He has the energy and passion to continue to be your local voice at Westminster, at a time when experience will be needed more than ever. In the New Year’s honours 2019 he was awarded a knighthood for his public service.