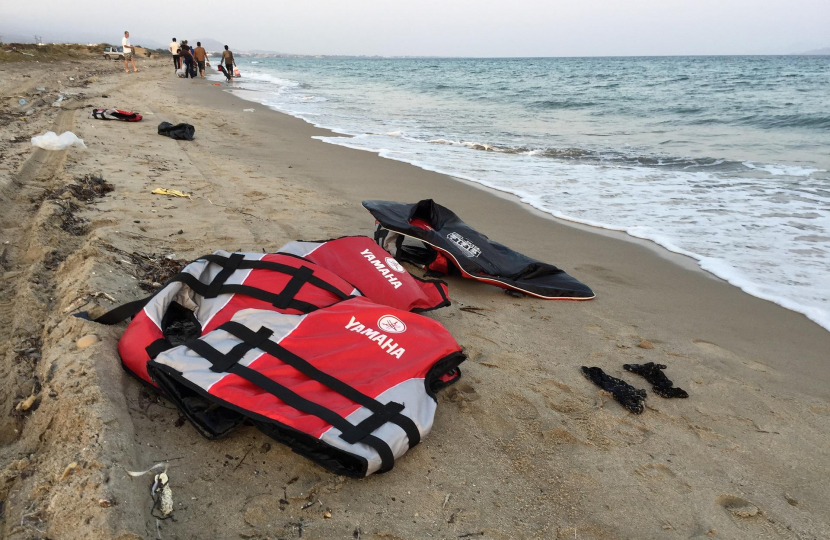 Many of these people are economic migrants - simply looking for a better life in the West. I don't blame them, but they are only asylum seekers if they are fleeing persecution or warfare. Even then, they are obligated under international law to seek asylum in the first safe country they come to. Clearly the people waiting to risk all in Calais have not done that.

The real villains here are not the migrants, but the cruel people smugglers who have taken their life savings in exchange for the gilt-edged promise of a better life.

The government's plan to process asylum applications of some single male asylum seekers in Rwanda is designed to deter people from trying to cross the channel in such a perilous way. It appears to have 62% support from the British people. But it has obviously attracted some criticism. I am uneasy about some aspects of it myself.

In order to help make your minds up, based on facts, please see below a recent letter to me from the Home Secretary setting out the government's thinking.

Over the months and years I have spoken to many refugee groups and activists and nobody has ever put forward a coherent practical solution.

We clearly cannot go on as we are.

Is this worth a try? Have a read and see what you think.

I previously made it clear in response to the many e-mails I have received about the parties in Downing Street that appeared to break Lockdown rules, that the wise thing to do was to await the report from Sue Gray.