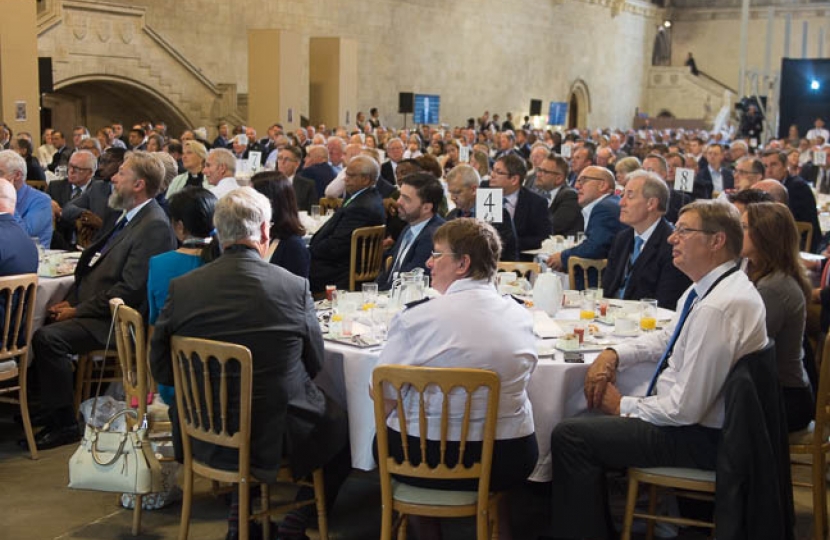 Once a year, the All Party Parliamentary Group (APPG) for Christians in Parliament, hosts  the National Prayer Breakfast in Westminster Hall.

This event enables MPs and Member of the House of Lords to bring church leaders from their constituency or community to an event specifically to pray for Parliament and our politicians of all religious beliefs and none.

The 2018 National Prayer Breakfast was held this week and focussed on the question, ‘What can Christianity offer our society in the 21st Century’, as we were prompted to think about what role the Christian faith plays in Britain today and indeed what role might it play going forward.

As both Chair and a member of the Christians in Parliament APPG, I meet regularly with members of both Houses of Parliament from across the political spectrum as we seek to encourage each other in our faith. If we were back home in our constituencies during the week we might be part of midweek church activities but when in Westminster this is obviously not possible so the APPG exists to support Christians in Parliament whilst working away from home.

Ever since I was first elected I have made it a priority to meet with others who share my faith yet who are representatives of other political parties. We have discovered that the unifying factor of our faith enables us to come together in ways that would be much harder if we only operated within our party political bubbles.

In the words of Jo Cox, the Labour MP who so tragically lost her life whilst carrying out her work as an MP, ‘We are far more united and have far more in common than that which divides us’. The Christians in Parliament APPG has been operating on this basis since it was established and has played a significant role in my Parliamentary life so far.