On the right green track 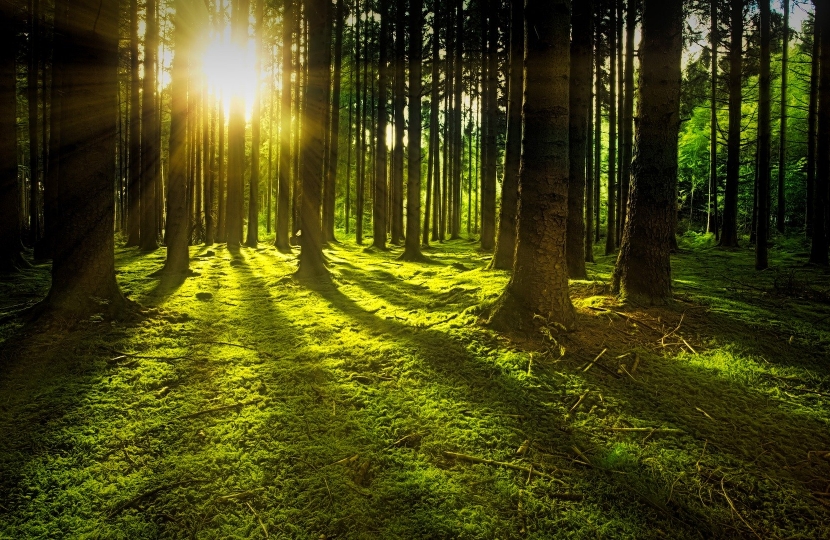 I am glad that governments can do more than one thing at a time. It would be deeply depressing if all we were acting upon was Covid 19 and Brexit.  In fact, a number of positive issues are being taken forward underneath the noise and drama of those two dominating issues. For example, rolling out superfast broadband – the one policy that will do more for our region than any other.

But also progress on climate change and protecting our natural environment. Having set a clear goal of becoming carbon neutral by 2050, the government is putting in place practical measures to bring this about. I also am aware of several local initiatives to generate more electricity in a sustainable way that are being actively explored. Local authorities in this region are also playing their full part.

One recent announcement that received little traction, is our commitment to protect more of our natural environment from any form of development. The Prime Minister has promised to protect 30% of the UK’s land by 2030 at the UN General Assembly Leader’s Pledge for People and Nature event. Existing National Parks, Areas of Outstanding Natural Beauty and other protected areas currently comprise approximately 26% of land in England. An additional 4%, over 400,000 hectares - the size of the Lake District and South Downs national parks combined - will be protected to support natural recovery. The Government will work with the Devolved Administrations to agree an approach across the UK, and with landowners and civil society to explore how best to increase the size and value of our protected land, restoring to nature 30% of Britain's land by 2030.

Of course, the key to effective action, is ensuring that the world moves on these issues together. The UK has played a key role in negotiating the Pledge, alongside other partners, and is now driving the campaign to bring other countries on board. The Government has led the Global Ocean Alliance since 2019, promoting a target to protect 30% of the ocean by 2030. It will now support the same commitment to protect land – the 30 by 30 campaign – and champion it with other countries as part of the High Ambition Coalition for Nature and People.

You may say: 30% is not enough. But it is a start and a position from which we can grow. International collaboration is essential. These are positive steps and setting us on a green trajectory we have not been on before.

There's no denying the impact climate change is having on our world.