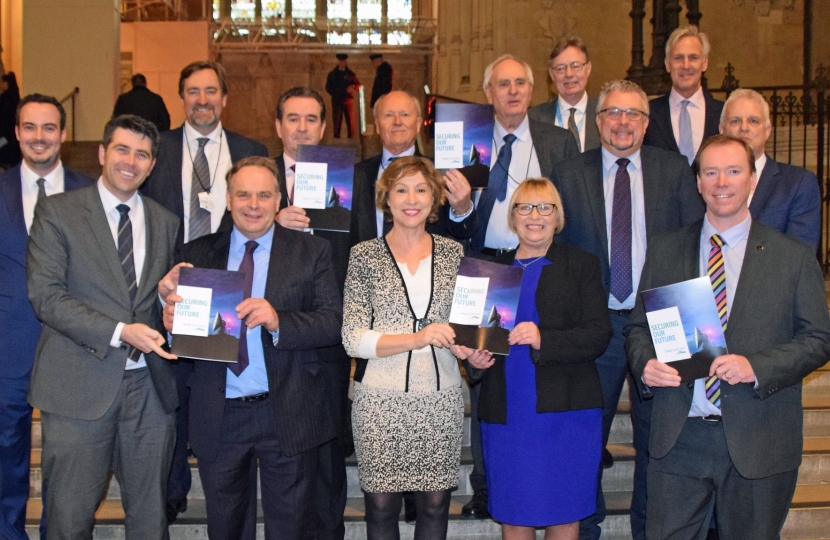 MPs from across Cornwall, Devon, Somerset and Dorset have called on the Chancellor for provision in the forthcoming Budget to develop the ‘Great South West’ region.

In light of the Government’s growing commitment to the regions, the four counties of the far South West are seeking to capitalise on the opportunity to promote and secure the region’s future by creating a unique identity to drive their work forward.

In a letter signed by MPs from all four counties, a bid has been made for £2 million in the Budget to enable the Great South West to set up the drivers to unleash the potential of the green and blue economies in the region.

The Parliamentary presentation of the recently launched Great South West prospectus to Northern Powerhouse and Local Growth Minister, Rt Hon Jake Berry MP highlights how the cross-party group of MPs is working with Local Enterprise Partnerships, business leaders and local authorities to push the Government to invest in the region’s significant economic potential. This funding bid to the Chancellor is the next step in the journey - the finance providing the investment to take it forward.

Following the prospectus launch earlier this year and lobbying of the Chancellor for funding, Chair of the Great South West All Party Parliamentary Group (APPG), Sir Gary Streeter MP said:

“I am delighted that our region is increasingly coming together to present a compelling united case to Westminster and Whitehall about our strategic investment needs. The Great South West has found its voice.

“For too long we’ve sat and looked at the Northern Powerhouse and been frustrated.

“By taking the Great South West forward, we’re working proactively to take our significant strengths direct to Government, highlighting our region’s potential for growth rather than comparing ourselves to the North and lamenting our position.

“We have so much innovation and leadership to offer in developing green and blue technologies, key elements to the journey to our  nation’s net zero carbon commitment and to tackling climate change. Government funding to support our development will see these skills and resources unlocked to the benefit of the region and the country as a whole.”

“Our message to the Chancellor is that the Great South West is up for the challenge of delivering England’s first net zero carbon region, but we can’t do it alone. As is the case elsewhere in the country, we need Government to work alongside us to deliver our shared objectives and accelerate the move to a cleaner, more prosperous economy.”

“By everyone pulling together, we are forging a powerful alliance to fly the flag for the Great South West. Our ambition is to bring increased prosperity to our region and respond positively to climate change by creating the clean energy powerhouse of the UK.  With the Government’s backing we can and will do it.”

If this £2 million Budget commitment is made in March, an efficient and dedicated organisation will be set up to develop the exciting ideas put forward in the Great South West ‘Securing our Future’ prospectus.

The Great South West partnership has launched an ambitious prospectus for growth, Securing Our Future, that will support the Government’s levelling-up policy by delivering a massive £45 billion boost and 70% increase in the regional economy and creating 190,000 new jobs by 2035.