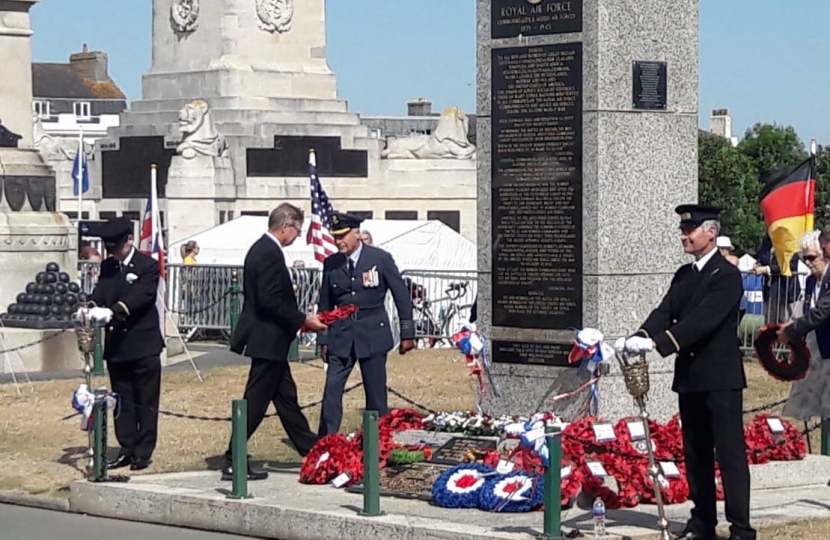 Armed Forces Day 2018 comes not only as we celebrate 100 years of the RAF but also as we continue to celebrate the courage and professionalism of our Armed Forces.

Last weekend, I attended a wreath-laying ceremony at the RAF Memorial on Plymouth Hoe on behalf of the city’s three MPs, to honour those men and women who have served and those who are still serving in the Royal Air Force.

That Plymouth marks Armed Forces Day with such a significant event is testimony to the love and passion the city feels for its the Armed Forces personnel and veterans who call this city home. It is in light of this strength of feeling that my comments last week about the Government’s plans for defence spending are all the more important.

For many many years, the military presence in Plymouth and the surrounding areas has been a defining feature of our community. This is why I welcome our new commitment to spend at least 2% of GDP on our Armed Forces. This means that for the first time in years, defence spending will increase year on year.

We are still waiting for the Government’s ‘Modernising Defence Programme’ review of defence capability to be published - this long-awaited report is due before Parliament rises for the summer - less than a month away.

Following a national newspaper claimed that the Prime Minister had instructed the Defence Secretary to rethink what modern defence capability looks like, I have reiterated my view that it would not be acceptable to downgrade our military capability in any way. I do not expect this to happen.

There’s an opportunity post-Brexit for Britain to be a force for good in the world, which would be a combination of soft power – such as diplomacy and bureaucratic skills – backed up by hard power.