The economy and business in Plympton 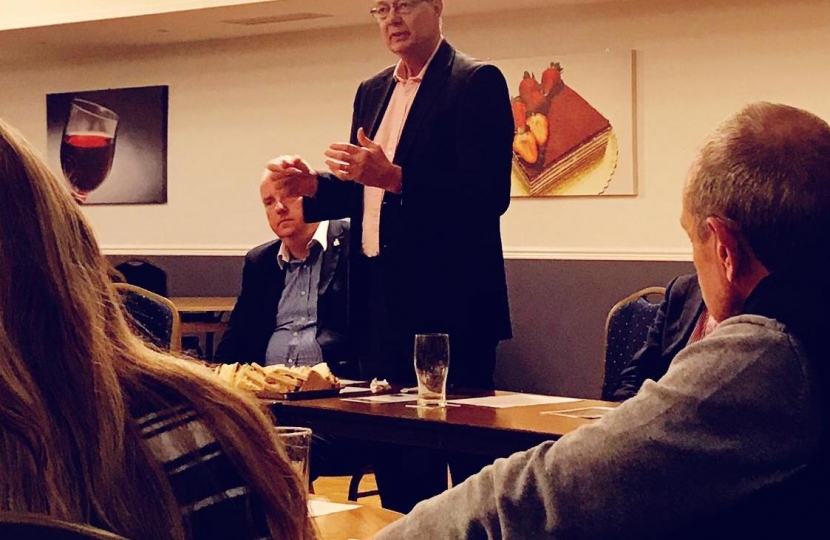 Good news -  our public finances have reached a ‘turning point’ with the independent economic outlook showing a ‘solid foundation on which to build Britain’s economic future’.

Last week, the Chancellor said the outlook shows that:

The Chancellor also set out our priorities for Britain, announcing several new measures to ensure the economy continues to work for everyone:

I am delighted that our economy will continue to grow at a faster rate than Germany, with the jobs market continuing to thrive.

This is a solid foundation on which to build Britain’s economic future post-Brexit, with support for our world-class public services able to go up.

By comparison, the Official Opposition now want one thousand billion pounds of extra borrowing and taxes, which would send debt spiralling. We should never let them take us back to square one.

It was good this evening to be able to address the Plympton Chamber of Commerce to hear directly from them how the economy is impacting their local businesses and to discuss related issues such as transport infrastructure and the Joint Local Plan for Plymouth, the South Hams and West Devon.