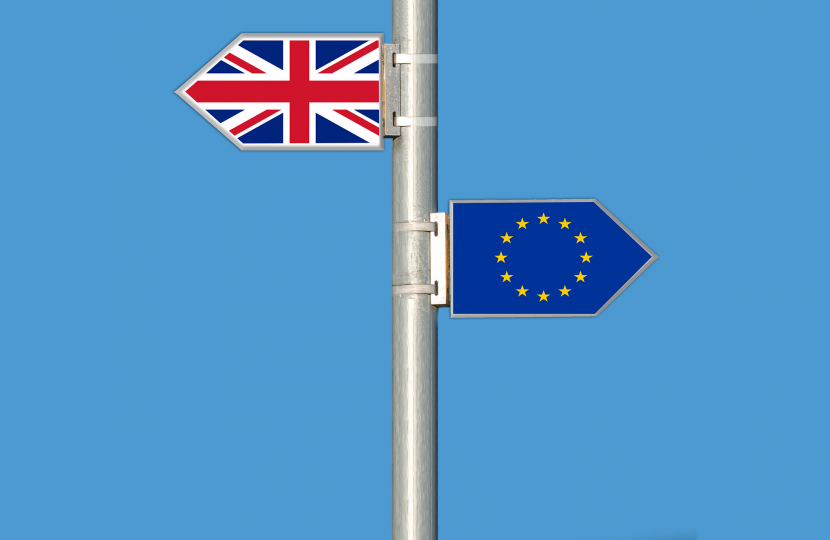 I have long been of the view that a trade deal between the UK and the EU would be agreed at five to midnight. We are now at 11.30pm and the chances of a deal are slipping away. The negotiators have given themselves until Sunday to determine whether a deal can be reached and whether it is worth carrying on the conversation. There is still some distance between the two sides.

I still hope that a deal can be reached, because that is in the interests of all parties, but not at any price. It is pointless leaving the EU only to agree to maintain the same laws on trade and employment as them ad infinitum. It is crazy to leave the Commons Fishery Policy only to agree that EU access to British waters (60%) should remain unchanged for ten years.

You all know my position on this. I advocated remain but the people voted to leave (including in this constituency). We said we would honour the result and in order to underpin our democracy it was vital that we did. We had to leave. In the run up to the 2019 election the PM sought a mandate to implement the “oven-ready” Withdrawal Agreement and to seek a free trade deal with the EU thereafter. He got that mandate with an 80-seat majority and on 31st January the oven ready deal was baked. We left.

Negotiations then started on the trade deal and well over 90% of all issues have been resolved. Unfortunately, the few that remain unagreed are substantial ones. Happily, the protocol on Northern Ireland is now all agreed.

I never shared the view of the hard-line Brexiteers that leaving the EU would bring immediate economic benefits to our country. I always saw short term pain, whether we had a deal or not. But it is not true to say nobody voted for no deal or to make our country worse off. Many people did. In their minds our sovereignty was worth more than economic prosperity.

I am comforted by two truths. First, trade is not done between countries, governments or public sector organisations, but businesspeople, firms and companies.  Deal or no deal, they have proven over many generations that they will be nimble-footed and will find a way to overcome.

Second, even if there is no deal and a bump in the road, that is not a permanent state. The two sides will carry on talking and a trade deal will ultimately be agreed, probably sooner rather than later.